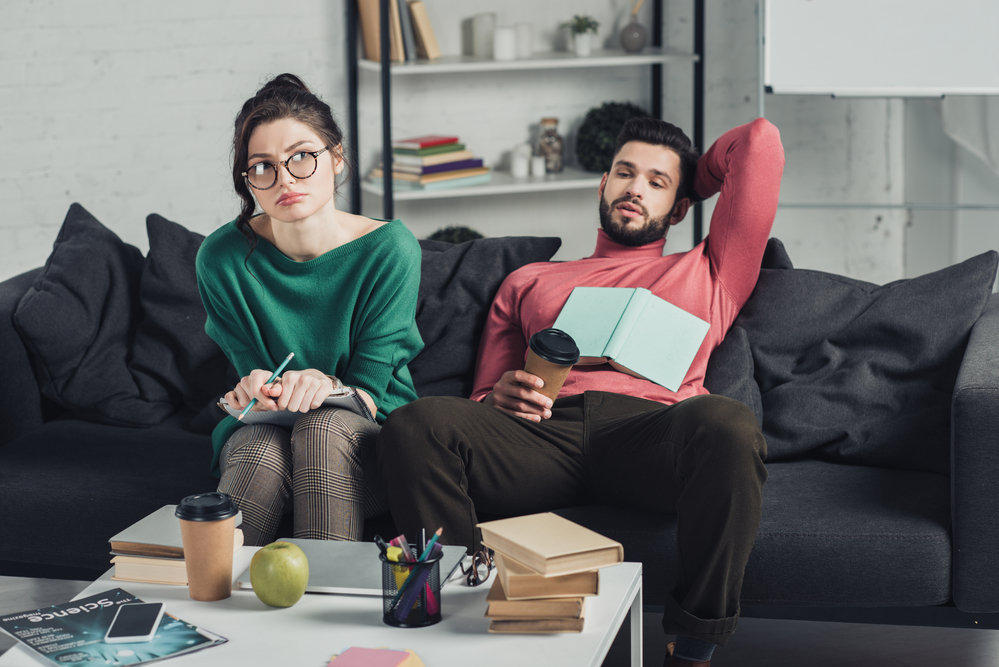 Talking with people is one of the best ways to bond with others – I can hear some wives say to their husbands, “I told you so.”  Talking can also be one of the most damaging things in a relationship – I can hear some husbands saying… nothing; they’re more likely thinking “And that’s why I like to avoid talking,” as they get scolded for smiling at my comment.  This is why as a therapist (and super genius… I can dream) I actually recommend double date nights instead of date nights.  Besides the alone time in the car together, most couples don’t have anything else to really talk about and meeting up with another couple naturally creates fresh conversations.  Both couples benefit from sharing their stories together with a new audience who share their stories in return.  Plus, being with friends helps us be on better behavior, which is always a bonus for a better night.  As a family, similar problems can happen where there isn’t anything new to say, which leads to unnecessary conflict.  To avoid silence, parents typically say the same stale stories and ask the same annoying questions while kids start digging at each other’s patience out of boredom.  Fortunately, more interesting conversation experiences can be created by asking some unique questions.  Being asked a new question helps our brain be stimulated and helps us know ourselves better while developing a sense of connection to the people with us.

During this time of isolation or while on vacation, sometimes what we can really use are some fresh conversations.  You can look up conversation starter questions on the internet or make up your own.  Here is a list of questions that can help get you started:

1. It’s been said that spending an hour looking through someone’s bedroom can help you know them better than having lunch once a week for a year with them; what does your room say about you?

3. What are your top three favourite movies and what does this say about you?

4. If you had free time or need a distraction, what are the top three things on your list you’d want to do?

5. When the virus problem is over and the world can return to normal and if money isn’t an issue, what is the first thing you’d want to do? Where in the world would you go on vacation?

6. If you could choose and money wasn’t an issue, during this virus problem would you rather be at home in isolation and be out of the way, working in a restaurant or grocery store so you have something to do, or working in a hospital helping the sick people, but putting yourself at risk and needing to live away from your family in order to protect them?

7. What is the nicest thing you can do over the next week for someone else?

8. If you were told you had to choose the ability of any animal in the world (minus flight because who wouldn’t choose that?), what ability would you choose?

9. If you could change one thing in the world (minus the current virus problem), what would it be?

10. Who is the peer/co-worker you most admire? Why?

11. Who is an older person you most admire? Why?

12. If you had to eat the same dinner every day (only breakfast and lunch can change), what would it be?

13. If you could go back to your earlier days and give yourself one piece of advice, besides investing in things like Google or Apple, what would you tell yourself?

14. If you could have any animal in the world as a pet and you had the means to care for it, what would you choose?

15. If you had to marry one Disney princess/prince, who would it be?

16. If you could get a free pass to do one thing no matter how illegal it was one time, what would you do?

17. If you could run your own store and money wasn’t a fear, what would your store be?

18. If you were given two billion dollars to create an amusement park (double the cost of Disney’s Animal Kingdom), what would you create?

21. If TV or movie characters were real, who would you want as a good friend? Bonus: What famous person would you like to meet and/or have as a friend?

22. If people were like a Mr. Potato Head toy and you could change up your body parts and clothes, what parts would you change? Would you change frequently, for special occasions, or not at all once you picked your style?

23. If life was like the Matrix and people could gain skills by simply inserting a chip into their brain, what 3 skills would you choose?

24. If you could know when and how you would die, would you want to know?

25. If you could magically change one thing about you – absolutely anything at all – what would it be?

May these questions help you build connections and get to know yourself better.