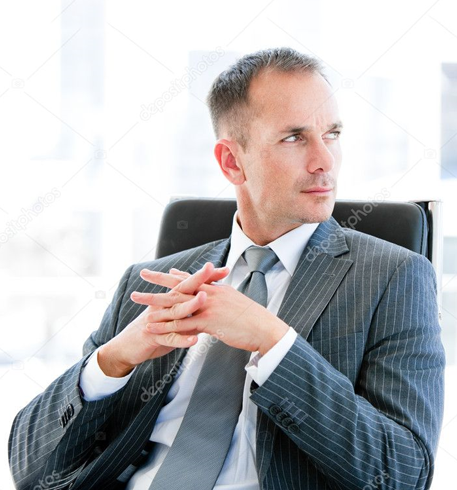 As a form of intelligence, self-awareness is an understanding of oneself including one’s own knowledge, attitudes, and opinions. Psychologist Alfred Binet’s first intelligence test from 1905 included the evaulation of one’s ability to critically understand oneself. In one of the neo-Piagetian theories of cognitive development put forth by Demetriou (2001), self-awareness participates in the development of general inferential processes and it systematically grows from birth through the life span. A series of recent studies show that one’s self-awareness about cognitive processes equally contributes to general intelligence as other measures, including reasoning, working memory, and processing speed. In other words, being self-aware is a factor in one’s intelligence (Demetriou, 2006).

Another way of looking at self-awareness is in how it interplays with the therapeutic process. In this way, self-awareness is defined in terms of gaining greater understanding of the self through the objective input of a therapist. The process of counselling essentially is a journey of self-discovery. In CBT (cognitive behavioural therapy) one observes thought patterns and how these affect mood and behaviour. Narrative therapy involves observing one’s life story uncovering parts that are subconsciously neglected due to a negatively skewed view of one’s experience. Systems theory focuses on one’s role in various areas of life, including famly or work, and the power that one has to adapt that role, in turn producing significant changes to the overall system. Observing one’s thoughts, feelings, decisions, roles, relationships, and so on, builds self-awareness. Doing this in the presence of a counsellor provides objectivity to the observation.

The importance of an objective observer such as a therapist in developing self-awareness is shown in research. There is a general inaccuracy in the evaluation of one’s own abilities, knowledge, and opinions. For instance, 90% of drivers may believe that they are “better than average” (Svenson, 1981); this is called the “better than average effect”. Similarly, inconsistency in our opinons is as strong as in our knowledge of facts. For example, people who claim to be on opposite sides of the specrum on political views often hold not just overlapping political views, but views that are central to the opposite extreme. The source of this inaccuracy is one’s limited self-awareness; this of course underscores the importance of an objective observer to inform our subjective self-awareness in all domains (Festinger, 1957).

Being self-aware is the foundation for making changes in one’s life. In understanding the way that we think, feel, behave, our strengths and weaknesses, the situations or people that trigger us, the memories that huant us, and so on, we can begin to heal. Through self-awareness we can determine what we accept about ourselves, and what we desire to change. Let’s look at a hypothetical counselling situation:

Let’s call the client “Sally”. Sally sought counselling because of a struggle with binge eating that was out of control. With the help of a counsellor, Sally observed her pattern of bingeing and found that binges always occurred after work. Seeing the consistency in her binge pattern immediately brought relief. It once felt “out of control”, but now seeing its regular pattern, it felt more “in control”, or manageable. Sally became aware of a pattern in her behaviour. Further observation revealed that after work, Sally felt purposeless and bored. This indicated that the negative feelings of purposelessness and boredom triggered Sally to binge. Sally learned that after work she developed negative emotions and was unable to cope. Food was her coping mechanism – her temporary escape from the negative emotions. With this new awareness, Sally could now find new ways of coping with negative emotions. As therapy progressed, Sally became aware of the fact that deep down, she did not feel very significant.

Her job performance was her only sense of efficacy and so when she left work, she felt purposeless. In becoming aware of her sense of insignifance, Sally could now begin the healing process of discovering her sense of purpose apart from work.

Let’s take a look at self-awareness from a Christian perspective. Psalm 139:23 says “Search me, O God, and know my heart; test me and know my anxious thoughts. See if there is any offensive way in me, and lead me in the way of everlasting”. Here the psalmist is requesting God to be an objective observer of one’s thoughts and behaviours. Throughout Scripture we are advised to evaluate ourselves, our behaviour, and most importantly, the condition of our heart. In this manner, God desires for us to be self-aware. Only then, can we be transformed and become more like Christ. Ultimately, we can only know ourselves through knowing God. Who we are becomes very clear in light of an omniscient and omnipotent God.

It is evident that one can benefit from gaining self-awareness through the therapeutic process. In counselling you can build your intelligence and create the atmosphere for change that you need to become the person that you are meant to be.