How to Deal with Teens That Want to Avoid Conflict? 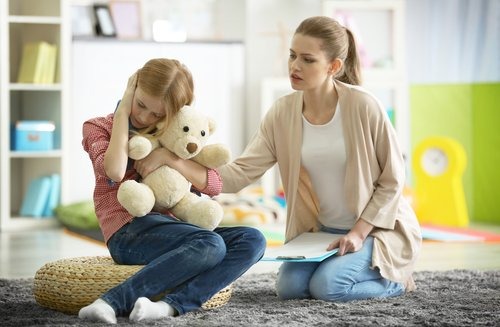 How to Deal with Teens That Want to Avoid Conflict?

Dealing with a teenager, whose reaction to conflict with their parents is to lock themselves in their room, can be stressful for the entire family. Learning how to address conflict in a productive manner with your teen can help open communications between you two and work towards overcoming conflict when it arises.

There can be different reasons why teens attempt to avoid conflict with their parents. Some of the more common reasons could include:

1. Their parents yell and scream. Yelling and screaming are counterproductive. It can cause teens to want to retreat from the situation rather than work towards resolving the actual problem. It is better to use a soft, calm, yet firm voice.

3. Their parents insult them while arguing. Tossing around insults can by hurtful and make your teen shut down further. No matter how much you want to, don’t do this. Instead keep the focus on the issue at hand.

4. Their parents won’t give them space during a conflict. Teens often need space to process and think for a moment. Not allowing them space can make them want to avoid conflict even more.

5. Their parents won’t allow them to get a word in. If you take control of the argument and never give your teen a chance to present their side of the issue, then they will remain silent since they will want to avoid the conflict and just get the disagreement over with. It is important to learn how to give them an opportunity to voice their concerns too.

6. Their parents automatically assume and make accusations they are wrong. Everyone is human, including teenagers and everyone make mistakes. Parents should try not to assume or make accusations. It is better let your teen present their side of the issues and then work towards a resolution instead of focusing on assumptions and accusations.

8. Their parents only point out what is wrong. Starting a conversation with your teen where you jump directly to what is wrong is not the best way to help them deal with conflict. Rather, start off by pointing out something positive they did, then transition to the problem. Make sure to end the discussion on a positive note too, like telling then you care about them, respect them or understand their point of view.

At Bayridge Counselling Centres, we help parents learn how to deal with teenagers, who dislike conflict and teach families how to overcome this issue in a productive manner. Please feel free to contact us at 905-319-1488 to schedule an appointment today!