Do You Wonder What Your Purpose Is? 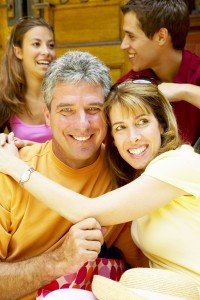 Do You Wonder What Your Purpose Is?

What is my purpose?  This is the question I keep hearing lately.  It doesn’t matter whether I’m with Christians or non; people want to know why they are in this world.  If you’re one of these people, let me help you figure out your purpose; it’s simple: You don’t have one.  Yes, you have a general purpose.  If you’re atheist or simply don’t care about God, your purpose is to survive as long as you can and maybe have some kids to remember you because when you’re dead there’s nothing left, which is not the most uplifting message: (speaker at funeral) “Well, looks like Chad didn’t live his purpose very well because he died young, and without kids… loser.”  Wow, beautiful… that’s sarcasm in case you couldn’t tell.  If you’re part of a religion that believes in reincarnation, your purpose is to live in a way that helps you move higher in the chain of life.  As a Christian, the basic purpose is to love; we’re called to love God and love others as ourselves.  I used to think it was to bring as many people with me to heaven as I could, but that led to high levels of guilt for me and hurt for those around me: “You mean you don’t like being told you’re going to burn in hell?  Oh, sorry.”  So yes, we have a general purpose in life.  The problem is a lot of people want to have a more specific purpose; a purpose that is just for us.  The problem is Christians and the self help community (aka the so-called “spiritual” people) have unwittingly encouraged and fostered this self-entitled mentality that we have a specific purpose and therefore have a right to follow our dreams no matter the cost to others.  We’re a culture who cares less about fulfilling our responsibilities in the face of pursuing our “happiness” which is causing more hurt than most people want to acknowledge.  Spouses are leaving families and young people are, in many cases, self entitled brats who need to be quicker to listen to more experienced people than to think they and their friends have all the answers… no offense to these people.  We’ve even created a sea of people filled with depression and anxiety because they don’t know what their so-called purpose is, so they feel lost.  Wanting a specific purpose means we are falling part of the trap of our self obsessed society.  Most Christians are right in line with this, which is incredibly sad because instead of golden calves and Asherah poles (Jewish Bible reference), our idols are… us… which sounds like a terrible store name.  We’re our own idols.  Instead of caring about God or responsibility, we only care about our own so-called happiness and comfort.  The worst part is preachers and writers have fueled this me-as-an-idol problem by misusing scripture.  Jesus never said we had a specific calling, and yet that’s the message I keep hearing.  This is largely because of misunderstanding an Old Testament book, a book of prophecy in a grouping of prophecy books typically overlooked by preachers except to use 2 verses… that’s a bad sign: (bad reader) “Hey, these books have a lot of stuff we ignore, but let’s pick out the two verses that serves my own purpose.  That’s how you quote things right?  Taking them out of context?”  The first is “Before I formed you in the womb I knew you.” (Jer 1:5a)  If you didn’t know the ‘a’ in the verse location means it’s only the first part of the verse.  The second part, or ‘b’ is ignored because it doesn’t fit what they want to say:  “Before I formed you in the womb I knew you, before you were born I set you apart; I appointed you as a prophet to the nations.” (Jer 1:5)  The second part points out that this is about an Old Testament prophet named Jeremiah God had specifically chosen to do a specific job.  The last time I checked, no one living is an Old Testament prophet with a message that will be added to the Bible, so this isn’t for us.  The other passage Christians love to use is: “‘For I know the plans I have for you,’ declares the Lord, ‘plans to prosper you and not to harm you, plans to give you hope and a future.’” (Jer 11:29)  Again, this is not a message to you or me.  It’s a promise to the Jewish people, and not a specific person.  It’s a promise that God will fulfill for them ONLY if they follow Him.  This has nothing to do with us post Jesus era, especially for us Gentile folk.  What Christians ignore about this is if the Jewish people don’t follow God properly, He severely punishes them quite often with silence and/or plagues.  The Old Testament God isn’t so Santa Claus like unless you asked for widespread death and destruction by your enemies, which is not a top choice.  Jeremiah was a prophet called for a specific job that involved telling the chosen people, the Israelites, to change or be punished by God.  That’s not a fun job.  Can you imagine going to the mall and telling everyone, “Be good or God will smite you.” (shopper) “Okay whacko.”  That’s essentially what Jeremiah was chosen to do; fun.

People want a specific purpose because we want to feel special.  The truth is we are already special.  We are loved by a God who created us (if you’re brave enough to believe in God) AND we’re special when we love the people around us.  When we love others, we end up being loved in return.  Thus, the better at love we become, the more special we are.  My dad was great at love, and at his funeral were hundreds of people influenced by this love.  He lived his purpose, and he lived it well.  My goal is to do the same.

This week may you realize you’re special because you love.