How to Prevent Social Media from Seriously Hurting Your Teenager 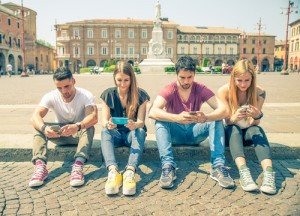 How to Prevent Social Media from Seriously Hurting Your Teenager

Social media can quickly consume a teenager to the point they need to constantly monitor feeds, posts, tweets, snapchats, and more. It can become a major point of arguments and disagreements between parents and teens and the amount of time they are glued with their eyes and fingers on their smartphone and the time they spend doing other activities as a family.

Another problem with social media is it can be used to hurt your teenager when they have been singled out by their peers and other anonymous people, who post derogatory comments and hateful remarks in online forums for everyone to see. These types of posts can cause your teen to withdraw and retreat further away from the important support systems their close friends and family provide.

In today’s society, it is vital for parents to take an active role in their teenager’s social media usage and accounts. Granted, some teens might feel their parents are invading their privacy or do not trust them to make wise decisions on their own. However, it is easy for parents to get involved without overstepping too much.

The first thing parents need to do let their teenagers know they are there for them, no matter the type of problem. They should remind their teens there is more to life than what people post online. Next, parents need to set established boundaries and rules for social media usage. The sooner these are implemented the better, especially when giving your tween or teen their first smartphone, including:

If you start noticing derogatory comments on your teen’s social media sites, along with a drastic change in your teen’s behaviour, you need to approach them and ask what is going on and why these things are being posted.

If they are unwilling or feel uncomfortable speaking with you, do not be afraid to seek outside help from a professional counsellor, like the ones here at Bayridge Counselling Centre. We can also provide support for parents, who suspect something is going on with their teen, but are not sure how to approach them. Call us at 905-319-1488 today to schedule a consultation appointment.