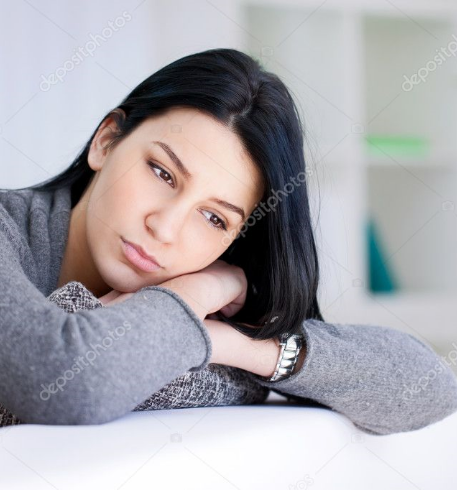 Many of us notice tiredness, a bit of weight gain, difficulty getting out of bed and bouts of “the blues” as fall turns to winter. However some people experience an exaggerated form of these symptoms. Their depression and lack of energy become debilitating. Work and relationships can suffer. This condition, known as Seasonal Affective Disorder (SAD) may affect over 10 million Americans while the milder, “Winter Blues” may affect a larger number of individuals.

SAD was first noted before 1845, but was not officially named until the early 1980’s. It was first observed when studying how sunlight has affected the seasonal activities of animals such as their reproductive cycles and onset hibernation. Could it be possible that SAD in humans may be the result of seasonal light variations?

One theory is that as seasons change, there is a shift in our “biological internal clocks” or circadian rhythm, due to changes in the sunlight patterns. This could cause our biological clocks to be out of “step” with our normal daily schedules. The most difficult months for SAD sufferers are January and February. The holidays are over and spring seems far away. The routine of getting up to go to work in the dark and coming home in the dark, often fighting the winter elements, can be a challenge to anyone’s spirits.

The typical symptoms of SAD include depression, lack of energy, increased need for sleep, a craving for sweets and weight gain. Symptoms begin in the fall, peak in the winter and usually resolve in the spring. Some individuals experience great bursts of energy and creativity in the spring or early summer. Some people with “winter depression” also have mild or occasionally severe manic mood swings in the spring and summer. If these episodes are severe, the individual might be diagnosed with Bipolar Disorder.

Some research has linked Melatonin, a sleep-related hormone secreted by the pineal gland in the brain, to SAD. This hormone, which may cause symptoms of depression, is produced at increased levels of darkness. Therefore, when the daylight hours are reduced the production of this hormone increases.

For those who do not wish to consider medication therapy ,there is one theory that phototherapy or bright light therapy could be helpful to suppress the brain’s secretion of melatonin, which would hopefully decreases symptoms of depression symptoms. It should be noted that there have been recorded side affects associated with this “natural “therapy such eye strain or visual disturbances, headache, agitation, nausea and drowsiness. Some researchers have noted that hypomania and mania can be induced with light therapy.

There is still much controversy about the concept of “seasonal depression”. Dr. Grant Mullen writes in “Healthy Moods” that it was his “… observation that most of those who have come to my clinic suspecting that they had S.A.D. did in fact have depression symptoms year round but were only aware of them in the winters. They responded best to continuous year round treatment rather than winter only medications.”

The severity of the depression, motivation and time for light treatment, associated medical conditions, prior experience with medications and light therapy, cost and other factors influence the decision about treatment.

If you are feeling that you are experiencing S.A.D please speak to your health professional to discuss treatment options, which are best for you.