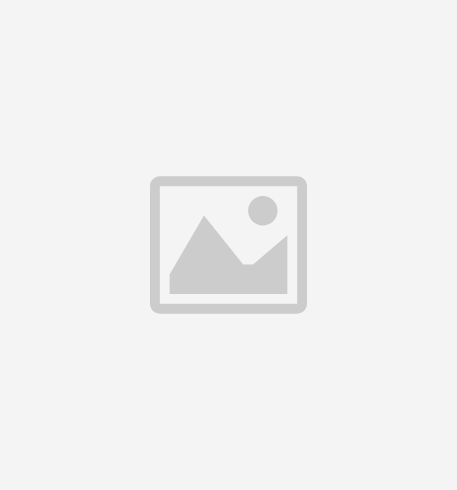 Since the beginning of human history, when Adam was questioned about eating the forbidden fruit, people have been defending their actions. Adams first response, not unlike many, was to blame it on his partner. Humans have continued their attempts to get as far away as possible from feeling blame. How humans handle feeling blame can either turn it into a much bigger problem or a simple blip on the radar.

What if you had three words that would help you avoid the emotional conflict and actually improve your relationship? The challenge is that our natural response is to protect ourselves when feeling attacked, and it is this defensive mechanism employed that is often counter productive. Whether it is fight, flight, or freeze, each of these responses leads to greater separation. However there is a fourth option that is capable of leading to a quicker resolution, greater connection and “freedom” to be vulnerably your true self.

Three words can help centre the defender and more importantly, diffuse the “attacker.” By employing: “attend don’t defend,” it reminds us to slow down and really listen, or rather, attend to what is being said. It has been said that we should listen to understand and this is vitally important, especially when having challenging conversations. However I would argue that attending is more than just active listening and the primary goal is to support, validate the feelings and needs of ones partner, and not just be able to repeat back what was said. Historically, an “attendant” was one who served the needs of the one in charge. It was the role of the attendant to listen and anticipate the needs, and then fulfill them to the best of their abilities. Within the context of relationships today, “attending” suggests an active approach of serving the needs of your partner by listening, understanding, and then deciding to act upon those needs in a kind and even sacrificial way.

Attending is so difficult because it often operates counter to our instincts. It is natural to avoid the emotional pain associated with conflict. That is what our brain is designed to do. Attending in a sense, leans into the discomfort. It appears to make us vulnerable to an attack. But quite often, the exact opposite happens. When attended to, the “attacker” feels less triggered and their emotional reaction lowers which in turn helps the attacked partner feel less need to be defensive. Both partners end up winning when “attend don’t defend” is employed because attentiveness, understanding, kindness, respect, empathy, and action come together in a mutual sense, and the message is provided that: “what you have to say is as important to me as it is to you, and I want to do something about it.”

As a brief example, imagine that a couple are caught in this negative dance. Olivia has just accused David of leaving her all alone at his family’s Christmas party. They have spoken about it before and furthermore she told him that she didn’t like the way his mother puts her down. David is feeling the pain of disappointing his wife again, and also feeling caught in the middle of his mother and wife. In the past he would defend himself and his mother which left Olivia feeling alone, frustrated, and unloved. However this time David slowed down and attended to what Olivia was saying and leaned into the uncomfortable process of attending to Olivia’s needs. She really needed to feel heard, loved, and confident that David was going to prioritize their relationship. David responded: “I can kinda’ tell you are upset, would you like to talk about it now?” In the following moments Olivia blasted her husband for leaving her exposed to his mothers attacks and David could feel his natural response to defend himself rising to the surface. In the past, he would have quickly responded with: “I think you misunderstood what Mom was saying.” However this response never ended well and Olivia only became more upset. But this time David chose his words much more intentionally by attending, owning his personal responsibility and even seeking forgiveness. “I can see that you are upset and I get why. My mom can be very harsh at times. That is one of the reasons I try to avoid talking to her and I know that it isn’t easy for you Olivia. I should have protected you. I’m sorry about that and I will try not to let it happen again. What can I do to make this better?”

You will notice that David worked very hard to not defend himself, and instead he focused on validating Olivia’s feelings, even if he didn’t completely agree with them. Then he owned responsibility for his mistake and asking Olivia what she needed to make it right and he didn’t force her to say something that would make him feel better. Olivia would most likely be very quickly diffused in this type of situation because her main goal was to feel understood and supported, which is what David successfully did.

Attending does not mean that you will always agree, and it does not mean that a solution will be birthed out of every discussion. This expectation isn’t realistic. It also does not give license for one partner to ruthlessly attack the other, or for one person to assume complete responsibility for every problem or disagreement. That is not a well balanced and healthy approach. Attending is equal parts hearing (first) and sharing, because that is the only way understanding can take place.

This may seem like a “too good to be true” alternative to the more natural fight, flight, or freeze defence reactions.

Is it possible for greater intimacy to come out of attending instead of defending? Yes it is, because it signals to your partner that they are more important to you than defending yourself, and this is a powerfully connecting message. In that moment a greater bond can be created as the restoration serves as a catalyst for even deeper intimacy.

KJ Coupland is a husband, dad and registered psychotherapist that has made a lot of defensive mistakes. He is still on his journey to attending to the needs of his family.